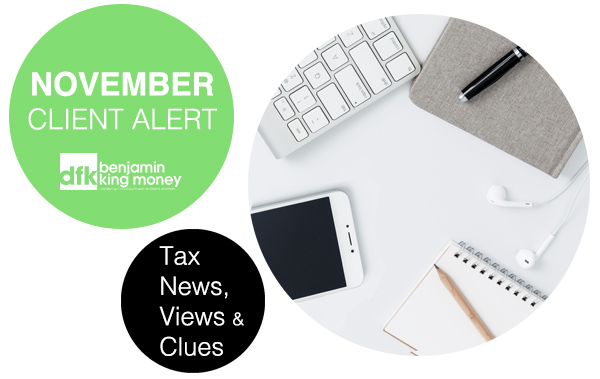 After the ATO’s unplanned systems outages, it provided lodgment deferrals, and remitted interest and penalties where the outages affected practitioners and their clients’ lodgments.

The ATO has also advised that it assesses claims for compensation in two ways:

The ATO considers claims in accordance with guidelines issued by the Department of Finance.

TIP: If your tax affairs were affected by the ATO systems outages, contact us to find out if you’re eligible to seek compensation.

The ATO is proposing to modify how the small business restructure rollover (SBRR) operates.

The SBRR means that small businesses can restructure from one legal entity to another – for example, from a company to a trust – and transfer the business’s assets to the new structure without immediately causing a capital gains tax liability.

The ATO’s latest proposed changes address the fact that the transferred business assets in this type of restructure could still give rise to a dividend for the transferee.

TIP: Are you thinking about changing how your small business operates? Talk to us for more information about the options and tax implications.

The Government has released exposure draft legislation to deny access to the lower corporate tax rate of 27.5% (down from 30%) for companies with predominantly passive income. Under the changes, companies will qualify for the lower tax rate only if:

Identification numbers for directors: an Icarus moment for phoenix activities?

The Government has announced a package of reforms to combat phoenix activities, including the introduction of a Director Identification Number (DIN).

Phoenixing involves deliberately transferring assets from a failed or insolvent company to a new company, with the intention to avoid paying the original company’s creditors, tax and employee entitlements (that is, the new company illegally “rises from the ashes” of the indebted company).

The DIN would identify each director with a unique number, allowing regulators to map the relationships directors have with entities and other people.

The Government has released draft tax legislation to implement elements of its housing affordability plan. The proposed measures include an increased capital gains tax discount for people who hold affordable rental housing investments for at least three years.

Under the draft legislation, managed investment trusts would be allowed to hold affordable housing investments with the main aim of deriving long-term rental income, but purchasing residential property that is not affordable housing would no longer be permitted for these trusts.

TIP: If this legislation is passed, there will be a transitional period for managed investment trusts that already hold non-affordable housing residential property to change their investments to comply with the changes.

A Bill has been introduced into Parliament to establish the First Home Super Saver (FHSS) scheme and allow people aged 65 or over to make “downsizer contributions” to their super.

The FHSS scheme will allow people to make voluntary contributions into super, take advantage of the associated tax concessions, and later withdraw the contributions and associated earnings to buy their first home.

The downsizer contribution changes will allow older Australians who sell their main residence from 1 July 2018 to make non-deductible contributions of up to $300,000 to their superannuation from the sale proceeds.

No GST on digital currency: Bill

The GST Act (A New Tax System (Goods and Services Tax) Act 1999) is being amended to ensure that digital currency, such as Bitcoin, is disregarded for GST purposes unless the supply is made in exchange for a payment of money or digital currency.

The currency units must be useable as consideration for any type of supply, and must be generally available to the public.

Units will not be considered digital currency if they give the holder benefits (such as memberships or vouchers), other than entitlements incidental to holding the unit or using it as consideration.

TIP: When the new definition passes into law, no GST will apply for supplies of digital currency made on or after 1 July 2017.

Before AFCA will consider a dispute, it will refer the complaint back to the financial firm so it can attempt to resolve the dispute within a defined timeframe. AFCA will also have an independent assessor to investigate any complaints about how disputes are handled.

The Government has announced a package of reforms to give the ATO near-real-time visibility over employers’ superannuation guarantee (SG) compliance. The package includes measures to:

Legislation has also been introduced to prevent employersfrom using an employee’s salary sacrifice contributions to reduce the employer’s own minimum SG contributions. This change would apply to working out employers’ SG shortfalls for quarters beginning on or after 1 July 2018