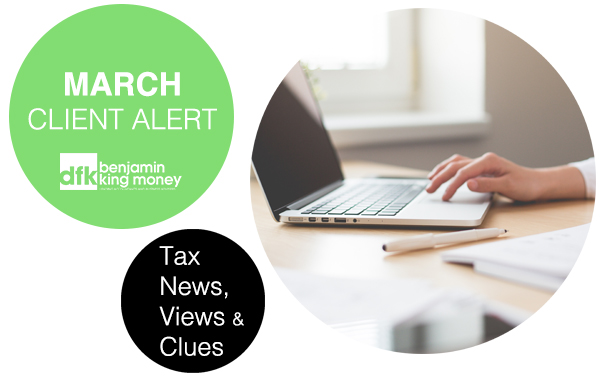 As part of the 2017–2018 Budget, the Federal Government announced a range of reforms intended to reduce pressure on housing affordability. Legislation has now been introduced into Parliament that proposes to:

Treasury has released draft legislation to make sure that taxpayers will only be able to access the small business CGT concessions for assets that are used (or held ready for use) in the course of a small business or are an interest in a small business.

The draft also proposes additional conditions to be satisfied from 1 July 2017 when applying the small business CGT concession for capital gains related to a share in a company or an interest in a trust.

TIP: A range of tax concessions are available for small businesses. Talk to us to find out how your business could benefit.

A Bill has been introduced into Parliament that, when passed, will require purchasers of new residential premises and new subdivisions of potential residential land to pay the goods and services tax (GST) on the purchase directly to the ATO as part of the settlement process from 1 July 2018.

TIP: Under the current law, the supplier of the property (eg the developer) is responsible for paying the GST to the ATO when lodging a business activity statement (BAS). This can happen up to three months after settlement.

The new measure was announced in the 2017–2018 Federal Budget. It is intended to speed up the GST payment process, and to deal with the problem of some developers dissolving their business and setting up a new entity to avoid paying GST (a form of “phoenix” tax avoidance).

Moving to combat the black economy

The Black Economy Taskforce was established in 2017 “to develop an innovative, forward-looking whole-of-government policy response to combat the black economy in Australia, recognising that these issues cannot be tackled by traditional tax enforcement
measures alone”. In May 2017 the taskforce made a its initial recommendations, which it based on foreign jurisdiction experiences, consultation with stakeholders and anecdotal evidence it had received.

TIP: The black economy includes people who don’t correctly report and meet their tax obligations, and people who operate entirely outside the tax and regulatory system.

The Government accepted a number of the taskforce’s recommendations, and has now introduced a Bill into Parliament, proposing to combat the black economy by:

The ATO has provided an update on its latest focus areas and the compliance projects it is undertaking to reduce corporate tax avoidance. These include:

The DSS proposes to consider the following amounts when assessing such pooled lifetime income streams as part of social security means testing:

The ATO has advised that is now sending out excess transfer balance (ETB) determinations to individuals who have exceeded their superannuation transfer balance cap and not taken steps to remove the excess amount.

Windfarm grant was an assessable recoupment

The Full Federal Court has dismissed a taxpayer’s appeal and held that a Commonwealth grant of almost $2.5 million for the establishment of a windfarm was an assessable recoupment (Denmark Community Windfarm Ltd v FCT [2018] FCAFC 11).

In May 2011, the taxpayer was given a renewable energy grant for 50% of the project costs it incurred in constructing two wind turbines. The grant was paid in instalments on the completion of identified project milestones.

The ATO made a private ruling that the grant would be assessable income. The taxpayer argued against the ruling, but the Full Federal Court dismissed the taxpayer’s appeal.