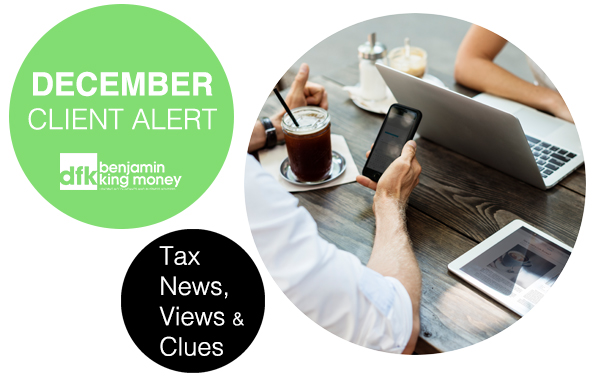 Phoenix activities involve stripping assets from a company that’s in debt and transferring them to another company to avoid paying the first company’s liabilities – that is, the new company “rises from the ashes” of the old one.

The government is considering a range of ways to combat this type of activity, including setting up a hotline for phoenix reporting, adding phoenixing to the offences specifically prohibited under the Corporations Act 2001, making directors personally liable for companies’ unpaid GST, and limiting the ability for sole directors to resign unless there is a replacement director or the company is wound up.

The Federal Government has recently introduced a Bill into Parliament to ensure that companies with more than 80% passive income will not qualify for the reduced company tax rate.

Under the Bill’s changes to the Income Tax Rates Act 1986, calculations of a business’s “passive income” would include:

At the time of writing, the Bill is still before the Parliament. When passed, it will apply from the 2017–2018 income year.

The lower company tax rate of 27.5% is available in 2017–2018 for small businesses and corporate base rate entities with turnover of less than $25 million.

tip: You must also “carry on a business” to be eligible for the lower corporate tax rate – read on to find out more about what this means for companies.

ATO guidance: what is “carrying on a business”?

The ATO has issued a draft taxation ruling to explain the factors it will consider when deciding whether a company (incorporated under the Corporations Act 2001) is “carrying on a business”. This is one of the tests companies and small businesses must pass to be eligible for the lower corporate tax rate.

It’s not possible to definitively state whether a company carries on a business, but the draft ruling says that ATO will consider a range of indicating factors. Specifically, a company is likely to be carrying on a business if it:

tip: Wondering whether you can access the reduced corporate tax rate? Talk to us today to find out more about how the passive income and carrying on a business tests apply to your situation.

The ATO has recently agreed to modify the reporting obligation for total superannuation balances, recognising that some funds are not in a position to correctly report their correct accumulation phase value for 30 June 2017.

The ATO has also set out when superannuation providers and life insurance companies must lodge transfer balance account reports. The ATO will use the reports to determine if individuals have exceeded their pension transfer balance cap.

An administrative concession will be provided for self managed superannuation funds (SMSFs), allowing later reporting to help the funds transition to event-based transfer balance cap reporting.

TIP: Super shouldn’t be a “set and forget” arrangement. It’s important to revisit your strategy and consider it carefully, especially in light of the wide range of super changes announced in this year’s Federal Budget.

Fringe benefits tax: should an Uber be treated as a taxi?

Earlier in 2017, the Federal Court ruled that UberX drivers must be registered for GST, because they supply “taxi travel”. There has been much discussion of this finding since, and the ATO is now examining whether Uber trips should be eligible for the “taxi travel” FBT exemption.

The FBT exemption, introduced in 1995, currently only applies to travel in a vehicle that is state or territory licensed to operate as a taxi. However, with the Federal Court’s decision on GST for Uber, and some recent state and territory moves towards licensing changes, the ATO has decided to review its interpretation of the definition of “taxi” in the FBT law.

TIP: Any benefit arising from taxi travel by an employee is exempt from FBT if the travel is a single trip that begins or ends at the employee’s workplace.

In a discussion paper open for comment until late October, the ATO has asked questions such as, “Should the FBT definition of ‘taxi’ be interpreted to include not just vehicles licensed to provide taxi services … [but also] ride-sourcing vehicles and other vehicles for hire?”

Two methods of accounting are available: the basic approach (essentially the accruals method) and the estimated profits approach.

Once a particular method is chosen, the ATO expects the taxpayer to apply it consistently for the entire contract. The same method should also be applied to all of the taxpayer’s similar contracts.

The draft ruling also deals with several accounting methods that the ATO does not consider acceptable for long-term construction contracts, including the completed contracts method (bringing profits and losses to account when the contract is completed).

Two recent taxation determinations from the ATO deal with how the foreign equity distribution rules in the Income Tax Assessment Act 1997 apply where the distribution recipient is a corporate partner in a partnership or a corporate beneficiary of a trust.

Under the rules, a foreign equity distribution is treated as non-assessable, non-exempt income if the recipient is an Australian corporate tax entity that holds a participation interest of at least 10% in the foreign company making the distribution.